Maybe you've got no clue what you can give your baby to avoid yet another drive to KK Hospital in the middle of the night. Or maybe your toddler somehow ALWAYS contrives to fall sick on holiday, and you were wondering what medications to pack.

This is a follow up to our previous post about medications you shouldn't be giving your kids. Naturally, it left a lot of our readers scratching their heads, and wondering what the alternatives were.

Fret not, we've compiled the most comprehensive list of kid-safe medications available in Singapore. These medications have a long history of use, and are known amongst doctors to be very safe (I give them to my own kids).

So please bookmark away, and share with those who will find it useful! 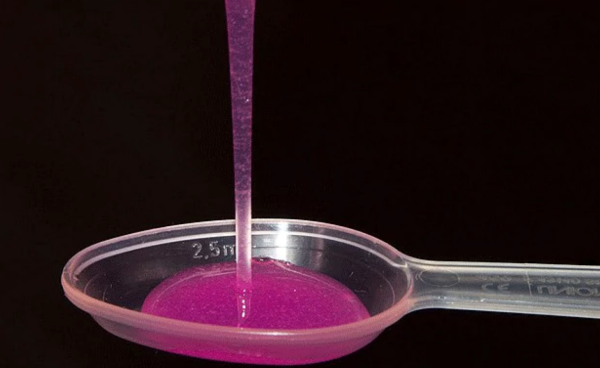 Nothing drives a Singaporean parent crazier than when your kid has a raging fever of 40 degrees Celsius. Before visiting your GP however, you can try some paracetamol first.

The safety of paracetamol is extremely well established, but make sure you know the correct dosage and interval to give the medication. Do take note also that paracetamol takes about 1 - 2 hours to take effect.

There's actually some truth to those old wives' tales about "fever burning the brain" (this occurs only with fevers above 42 degrees).

But if your child is less than 3 months old and has a temperature of 38 degrees, he/she should be seen by a doctor.

Alternatively, if your child is less than a month old and/or has a temperature of more than 40 degrees, please bring him/her to see a doctor immediately.

Having said that, the temperature of the fever actually correlates poorly with the severity of illness. This means that your child could have a high fever, but actually have a non-threatening illness. Conversely, a serious illness can exist without high fever.

How do I tell the difference, doc? Unfortunately, it's 一言难尽 (a short phrase or article cannot summarise what your GP/PD has learnt in the past 10 years of his/her life).

I've found that parent's intuition works best -- if you are worried about your child, do bring him to see a doctor sooner, rather than later. 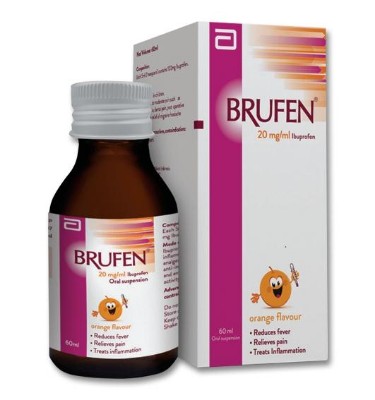 And what if paracetamol doesn't work? Ibuprofen belongs to a different family of drugs, and can be taken in combination with paracetamol for children aged over 3 months.

You should be aware of the following with ibuprofen: 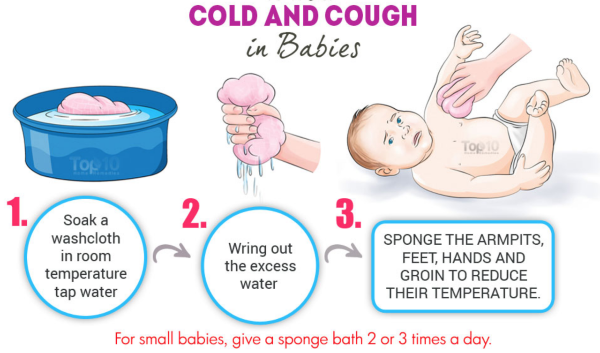 Feverish child at 3:00 am, and no medications at home?

Protip: try sponging your child. I usually see parents only sponging the forehead. Actually, the whole body can be sponged, including the armpits, neck, and groin area. 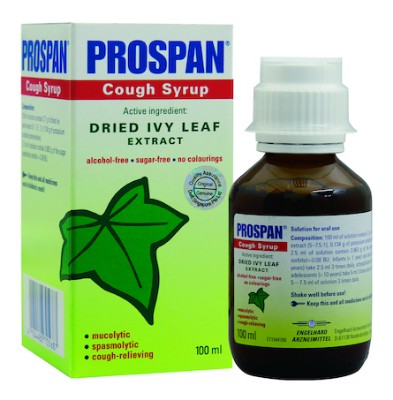 In spite of all the "cough syrup bashing" in my previous article, I would like to emphasise that most of these medications (given at the right dose, to the child of the right age) are still very safe. 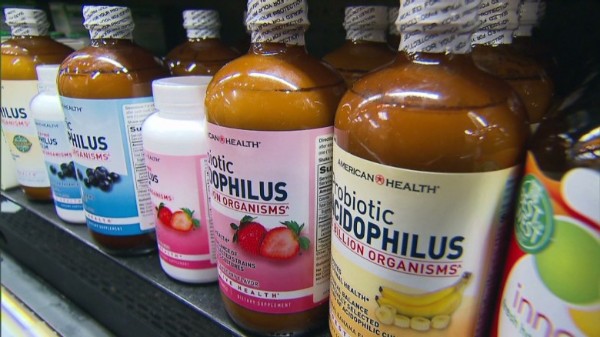 Most diarrhoea medications are very safe for use in children. Effective medications in this category include Hidrasec (Salazar-Lindo et al. 2000) and oral re-hydration therapy (Santosham et al. 1982).

The exception is loperamide (Imodium), which you should not give to children.

Probiotics work by replacing good intestine bacteria, which help to alleviate diarrhoea symptoms. There are way too many probiotic brands out there - some work better than others.

Try to look out for probiotics that contain "live" bacteria such as lactobacillus (Niel et al. 2002), Streptococcus thermophilus and bifidobacteria (Saavedra et al. 1994). 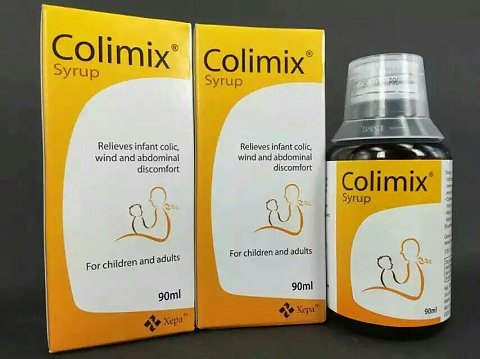 Most stomach pain and wind preparations are fairly safe. They are worth a try before seeing a doctor.

The one exception is Hyoscine butylbromide (Buscopan). I wouldn't give children Buscopan as it can cause poisoning (So 2005).

FYI: Stomach pain is one of the most dreaded symptoms in children seen by a GP/PD. There are simply too many sinister causes behind stomach pain. This can be tricky for even professionals to get right sometimes. Fortunately, 99% of the time, stomach pain is not due to anything serious, or most of us will be out of jobs.

Again, if your child is having stomach pain, and your "spider sense" is going off, it's a good idea to bring your child to see a doctor sooner. 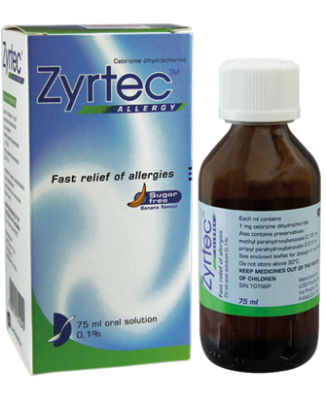 Non-sleeping or non-sedating antihistamines have a long track record for safety (Philpot 2000). Overdoses are exceedingly rare, even at thrice the usual dose, but stick to what your GP/PD recommend.

GP/PDs will prescribe these medications according to your child's weight, right down to 3 months old children. 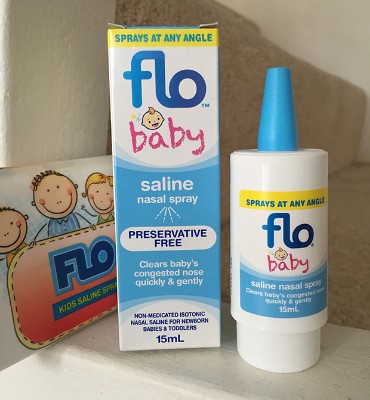 If it's proving hard to feed Junior medications by mouth, medications that can be applied into the nose are good alternatives. These generally come in two forms:

Yes, it really is salt packaged nicely to be sold for 10 bucks a pop. They are safe for use in children - that is, if they are cooperative enough to let you shoot something up their noses in the first place. P.S. some brands hurt more than others…

Medicated nasal drops work very well, and have saved my kids from many sleepless nights. Word of caution though:

I've included nasal suckers as many of my patients like using them. I cannot vouch for its efficacy, but it's safe as long as junior can keep his head still enough for you to use it on him. 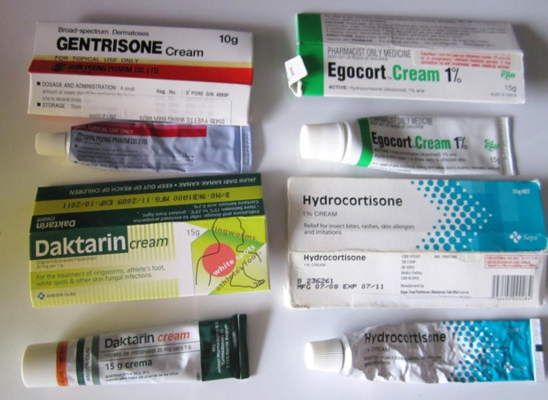 The staple medication of the dermatologist's clinic, GP/PDs use them mainly to treat allergic rashes.

I've stuck steroid creams on this list because I've seen too many parents avoid them like the plague due to their perceived side effects.

The best treatment of allergic skin disease consists of:

Therefore, it would be great if you could help me spread the message that steroid creams are extremely safe and effective, as long as they are used appropriately.

Prevalent myths amongst Singaporeans such as "steroids can cause skin thinning, growth stunning and skin colour changes" have been long debunked (Charman, Morris, and Williams 2000).

How about preventing my kid from falling sick in the first place, doc? Okay, that will be the topic of my next article.

If you haven't done so yet, feel free to check out my previous post on 7 commonly prescribed medications in Singapore you shouldn't be giving your kids.

Dr Paul Ang is a family physician at Zenith Medical Clinic. He’s keen to improve the way primary care (or GP services) is delivered. He’s also involved in gpwiki.com, a social project where he shares his knowledge and experience with young GPs. In his free time, Dr Paul can be spotted cycling around the Punggol and Sengkang areas with his two young boys and spouse. His favourite cycling spots include Coney Island, Punggol Waterway Park and Sengkang Riverside Park.

5 Most Common Travel-Related Skin Conditions Seen By A Dermatologist

Should I continue taking prednisolone for cystic acne?

I agree with the views expressed by the other doctors. Oral steroids have anti-inflammatory effects and can help your cystic acne and rash. However, long term use can cause a lot of other side effects and it is not recommended as the treatment for cystic acne. In fact, with continued use, you may notice even more acne lesions appearing as long term steroid use can aggravate acne. There are many other good treatments available for cystic acne. You should also get your other skin rash examined to determine the cause. While it responds to steroids, it again is not a recommended long term.

Are there any side effects to taking antihistamines for rashes over a long period of time?

What should I do for extremely dry skin not responding to moisturisers?

It appears that you are experiencing eczema that is not responding to your moisturiser regime. These are a couple of steps you can try to improve your condition: 1. Emollients You can consider using a water-based one like Cetaphil as the base moisturiser, and then add on a protective oil-based moisturizer like paraffin. This is particularly important for cold, dry climates. 2. Exfoliation A very gently done exfoliation with a sponge can help remove the keratinised layer of skin, and improve the moisturising effect of the emollients. Don’t overdo it. Once a week is safe. 3.

Do I need to see a dermatologist for an itchy skin rash from cold weather?

It is not uncommon to develop dryness and itch after a trip to a cold country with low humidity. The dryness of the skin can aggravate the itch and can lead to the development of eczema. Hives can also be triggered by the change in temperature and climate. It would be useful for you now to use soap free washes and moisturize the skin regularly but if the dryness and scaling is persistent, you can visit the dermatologist who will be able help you with this problem. Hope you had an enjoyable trip to Europe!

What is the best treatment for post-nasal drip on one side of my nose?

Thank you for your question. Common causes of postnasal drip (sensation of mucous stuck in the back of the nose or throat) include: Conditions of the nose (e. g sensitive nose or rhinitis, sinusitis) Acid reflux to the throat (called laryngopharyngeal reflux) Dehydration In patients I’ve seen with similar history to yours, a one sided nasal congestion or postnasal drip may indicate an active sinus infection (sinusitis).