If you ever asked a woman one thing she would change about being female, it would almost definitely be periods. Not only are periods bloody and painful (or bloody painful), they're also associated with the notorious premenstrual syndrome -- also referred to as "PMS".

So, is PMS a ploy created by a secret organisation of women designed to give females a free pass for being grumpy once a month? Or perhaps it was a term coined by sexist males who didn’t take females seriously and wanted to put everything down to "hormones"?

PMS was first described in 1931 by gynecologist Robert Frank. It's a condition that's made up of physical and behavioural symptoms like bloating, mood changes and breast tenderness which are associated with the menstrual cycle. These symptoms tend to occur regularly during the second half of the menstrual cycle, and resolves by the end of menstruation.

A Times article pointed out new research that seems to suggest that there wasn’t a clear link between mood and periods. But until more research has been done in this field, PMS still remains in our medical textbooks and is not quite a proven conspiracy yet.

What causes it exactly?

Well, we aren’t quite sure! Although some believe that abnormal levels of certain hormones in the body are the cause, research still has not been able to prove this. Some evidence suggests that it may instead be the change in the amount of hormones and not the absolute amount of the hormone. Or it could just be that some people are more sensitive to these changes in hormones.

Here are the top 5 myths about PMS:

PMS can manifest with multiple symptoms – the most common ones are:

Although these symptoms are commonly seen in PMS, there are other serious medical conditions that may present with similar symptoms. It is important to seek medical attention if you suspect you may have depression, anxiety, or bipolar disorder. 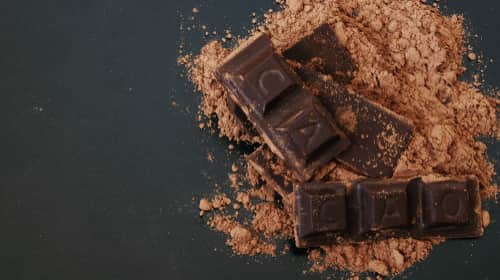 I have many friends who binge on chocolate particularly during PMS and swear by it. Studies have shown that chocolate has positive effects on mood in general. But does it actually help in PMS?

Some studies suggest that the reason behind feeling better after binging on a bar of chocolate is due to the large amount of sugar it contains. Carbohydrates (i.e. sugar) increase levels of serotonin in the brain which in turn relives the mood changes. However large quantities of simple carbohydrates are unhealthy and we should try eating more complex carbohydrates such as whole grains.

Dietary changes that are actually recommended are:

3. Netflix all day keeps the PMS away

Locking yourself up at home during PMS is not the best idea even though you may feel more tired, irritable or socially withdrawn. Next time try dragging yourself out of bed and going for a walk or jog instead.

Regular exercise has been shown to be beneficial as it reduces stress and anxiety. Relaxation therapies such as progressive muscle relaxation and meditation may also help with reducing stress.

4. How doctors diagnose if you have PMS

There's no single blood test that can diagnose you with PMS - even though some blood tests may be done by your doctor to rule out other causes of your symptoms.

Usually your doctor will ask you to record your symptoms daily for 2 menstrual cycles, and your symptoms will then be matched to a criterion that will determine if you have PMS. 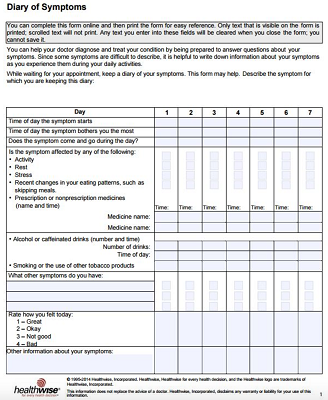 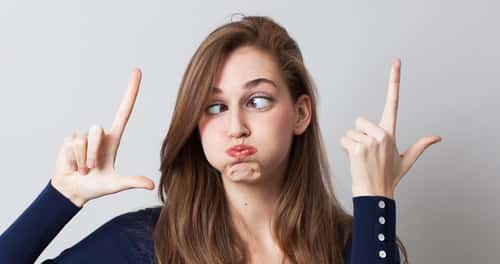 Although most people only suffer from a milder form of PMS, about 1-9% of the population suffer from a more severe version of PMS called PMDD (premenstrual dysphoric disorder).

PMDD occurs when symptoms (sadness, hopelessness, loss of interest in things they usually enjoy) are so severe that they affect the patient’s daily life and ability to function.

For further reading, you can read this comprehensive article about PMS which references other important studies, and covers the type of treatment options for patients with PMS and PMDD.

The Ultimate Guide to Endometriosis in Singapore (2021)

The Ultimate Guide to Seeing a Psychiatrist in Singapore (2021)

The Ultimate Guide to Heart Palpitations in Singapore (2021)

The Ultimate Guide to Obesity in Singapore (2021)

The Ultimate Guide to Irritable Bowel Syndrome (IBS) in Singapore (2021)

Are there any alternatives like psychotherapy that are able to completely replace medication for anxiety and depression?

Thank you for asking this question for the benefit of everyone. It sounds that you are having a tough time, and its double whammy when the treatment gives you unbearable side effects. Unfortunately in medicine, it is often times a zero sum game. Everything seems to have its "costs" and "benefits". Fortunately for you, there are alternatives, like psychotherapy or more commonly known as talk therapy. The good side is that if it works for you, the effect is equivalent to medications, and the effects lasts way longer than medications.

Do I require a prescription for anxiety medications?

Thank you for posing such an interesting question. Many patients at my clinic have asked me this question before. For anxiety disorders, the commonly used medications that are useful include SSRIs (serotonin specific reuptake inhibitors) and benzodiazepines. For SSRIs, there are some side effects that patients may experience, for example, nausea, vomiting, loose stools, restlessness, insomnia, and others. For benzodiazepines, there are potential side effects too, like sleepiness and oversedation. These medicines need to be prescribed by a doctor.

How is anxiety and depression diagnosed in Singapore?

In Singapore, psychiatric conditions are diagnosed using a face to face interview and an assessment of the mental condition (what doctors called mental state examination). Many of the doctors here use the DSM 5 diagnostic criteria. For patients thought to have anxiety or depression, the psychiatrist may also order a blood test to exclude abnormalities in the thyroid hormone level. Given your problem of going to new places and fears of social situations, the first diagnosis that comes to my mind is that of social anxiety disorder (also called social phobia).

How do I know if I am 100% recovered from depression and anxiety?

I must admit that this is a challenging question to answer as there are many possible perspectives that one can adopt when talking about recovery from anxiety or depression. Is it just freedom from symptoms alone or should other factors be considered as well? To the clinician, ‘In full remission’ means that there are no longer any symptoms or signs of the disorder present, but it is still clinically relevant to note the disorder. ‘Recovered’ means that the disorder would no longer be noted.

How can I treat severe hair fall and an itchy scalp?

Hi Dianne Rose, Based on your story, I can immediately pinpoint possible causes of your hair loss. They are: 1. Scalp Dermatitis (inflammation of scalp) 2. Tinea Capitis (fungal infection of scalp) 3. Nutritional Deficiencies 4. Female Pattern Hair Loss(multi factorial causes) Steroid scalp lotions, Ketoconazole shampoo and Minoxidil spray/foam will be your first line treatment. The above treatments are not expensive. You have a medical condition and it’s turning into agoraphobia and possibly depression, so please please please seek a proper medical consult.